Final Fantasy XIII is the version that you have been playing until now while Ultimate Hits International is a little different.

Now the majority of changes made in the Ultimate Hits International version were already included in the North American and European releases of Final Fantasy XIII but the biggest feature was not.

The biggest addition was an Easy Mode. The PlayStation 3 version received this via an update in Japan but it never made its way outside of Japan until the PC version was released in October 2014 and never on consoles until now.

Another welcome surprise is that it's completely in English, both text and audio.

So you can now play Final Fantasy XIII's Xbox One version on Easy Mode in English.

I can also confirm save files are compatible between both versions. And to be clear you can have both versions installed if you want to for some reason.

With this the Xbox One version of Final Fantasy XIII is now the best version of the game available in every way.

You can check it out in the settings menu below. 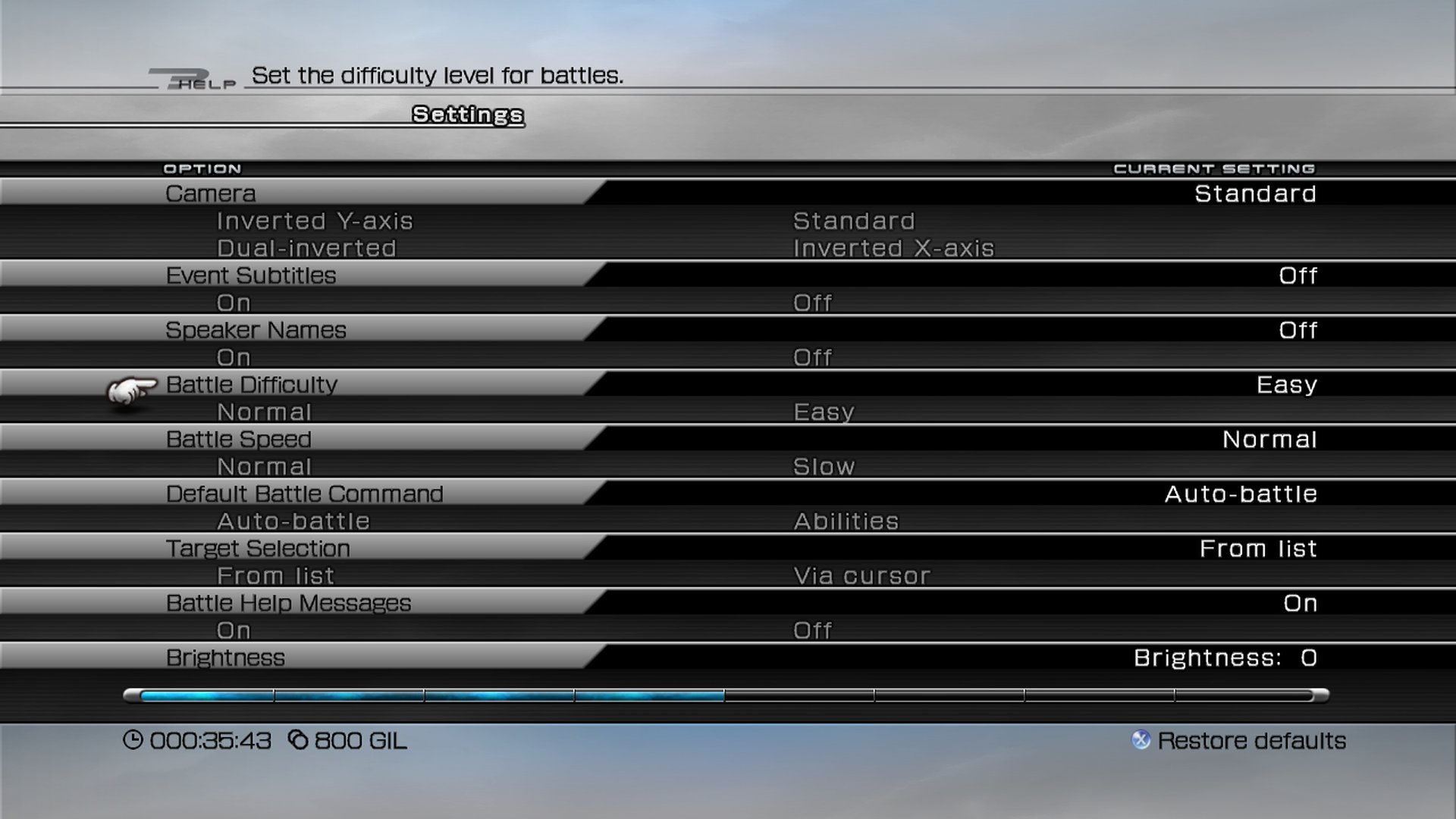