Seems like Tetsuya Nomura has been plenty busy with the Square Enix merchandise department. The second Nomura designed DC Comics Play Arts Kai has been revealed this week and she looks purr-fect. 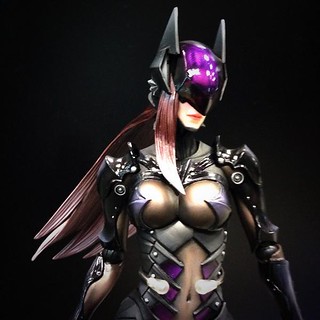 As hinted at San Diego Comic Con, Catwoman is the next in line in the DC Comics line of Nomura Play Arts Kai and she looks absolutely fierce. Moving away from the traditional catsuit Catwoman wears, this time Catwoman's wearing Kingdom Hearts-esque armor with killer claws and her helmet looks very similar to the Kingdom Hearts design we all know and love from Birth By Sleep. Of course, no catwoman would be complete without her tail which seems to be connected. 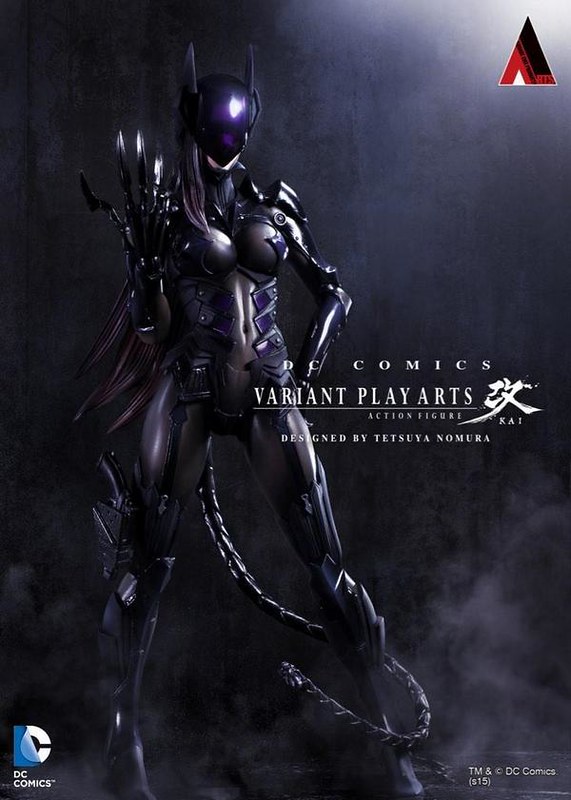 What do you think of this design? Which DC character would you like Nomura to cover next?