Could Iris Amicitia Have A Role To Play In Final Fantasy XV?

Do you remember the mysterious girl that appeared in the Regalia during that "Reclaim The Throne" trailer? There was quite a bit of buzz at the time, but things have died down since. However, with the release of Brotherhood: Final Fantasy XV Episode 3, the hive mind has re-activated again and joined together some theoretical dots.

The third episode of Final Fantasy XV's animated series prequel focusses on the development of the relationship between Gladiolus and Noctis. However, it also introduces a new character into the Final Fantasy XV Universe, Gladiolus' little sister, Iris Amicitia.

This has got people thinking. Her appearance in Brotherhood might not be just a throwaway part, there might be something more to it, more depth.

The appearance itself is during a flashback sequence where everyone is a tad younger. In this segment, Iris appears as a little girl, who's both curious and a tad annoying. By the time the story of Final Fantasy XV rolls around, Iris would therefore be quite a bit older (let's say mid-teens). Assuming as she aged, her features remained roughly the same (this would also help with continuity between the anime and game) her profile would therefore be quite similar to the girl who appears in the Regalia alongside Gladiolus and Noctis in the Reclaim The Throne trailer from Uncovered: Final Fantasy XV. 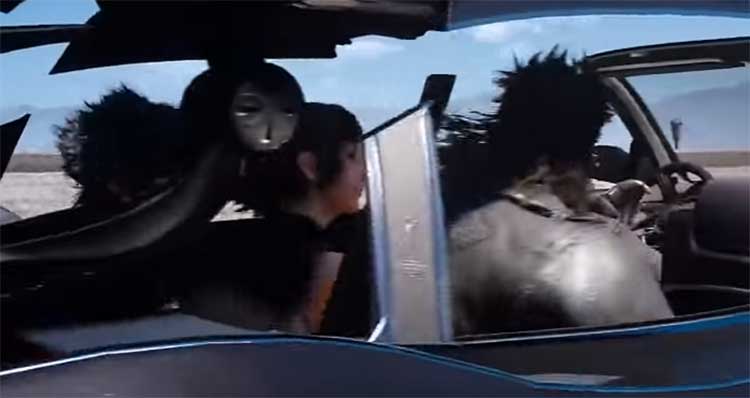 (Shout out to Final Fantasy UK fans on Facebook for the conspiracy theory!)