Welcome back to Cosplay Spotlight! This weekend was the well-loved MCM Comic Con and the Final Fantasy Union team were there in full-force on the Saturday. It was busy as always but that meant there were more wonderful cosplayers to see and boy, did we see them!

The SE Cosplay meet had a wonderful turn-out, and we had the chance to interview and feature further some of the wonderful cosplayers there. If I couldâ€™ve interviewed everyone, I would have â€“ but then this article would have become about 10 pages long!

I hope you enjoy a look at the three wonderful cosplayers Iâ€™ve picked out, I think they're rather special. 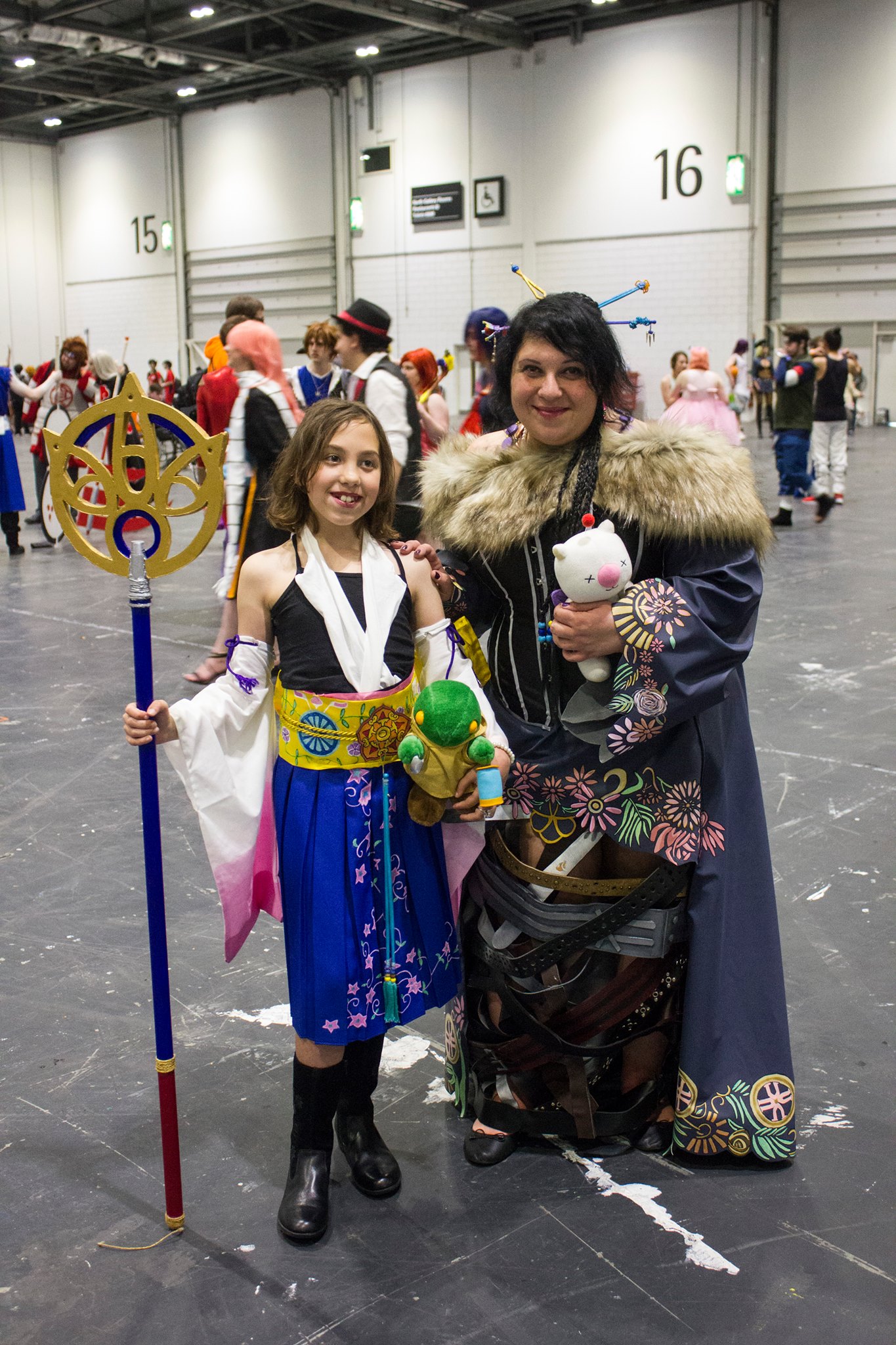 When I saw the adorable Lulu and Yuna duo, comprising of Samantha and her daughter Sophie, I just knew I had to feature them!

Samantha has been playing Final Fantasy ever since Final Fantasy VII came out back in 1997 and her daughter was introduced to the series with X (a wonderful choice). I asked them what inspired them to cosplay characters from Final Fantasy X and they told me it was due to how beautiful and romantic the game and characters were.

This is Sophie's third time cosplaying as Yuna, but Samanthaâ€™s first time for Lulu! Both costumes were handmade and hand painted, taking well over 100 hours for Luluâ€™s costume especially. Itâ€™s safe to say that the effort definitely paid off, both ladies looking absolutely incredible and it was great to see a mother daughter combination! 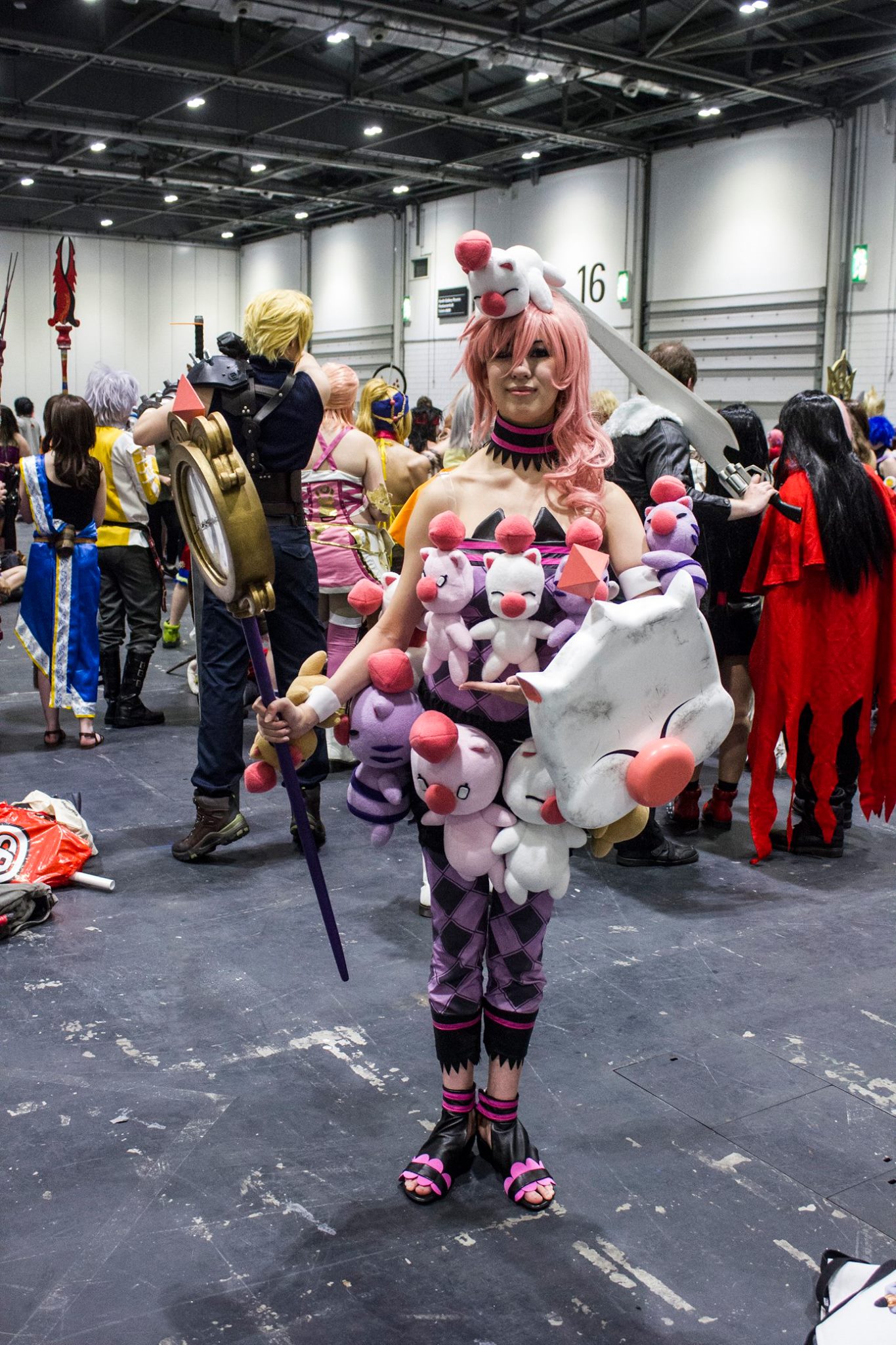 As many people know, I am a HUGE Lightning fan. So, when I saw this wonderful Moogle Queen Lightning cosplay, made and worn by the fabulous We Are Lightning Cosplay, I knew I had to feature them!

Everything about the costume was handmade, including each of the adorable Moogles. The costume itself took about a year to make, and the time was definitely worth it â€“ even the clock staff is fully functional! I think weâ€™re all in agreement that the costume looks absolutely fantastic, it couldâ€™ve been handpicked out of the game itself â€“ the detailing and hard work poured into it shows with how brilliant it looks.

(No Moogles were harmed during the making of this costume). 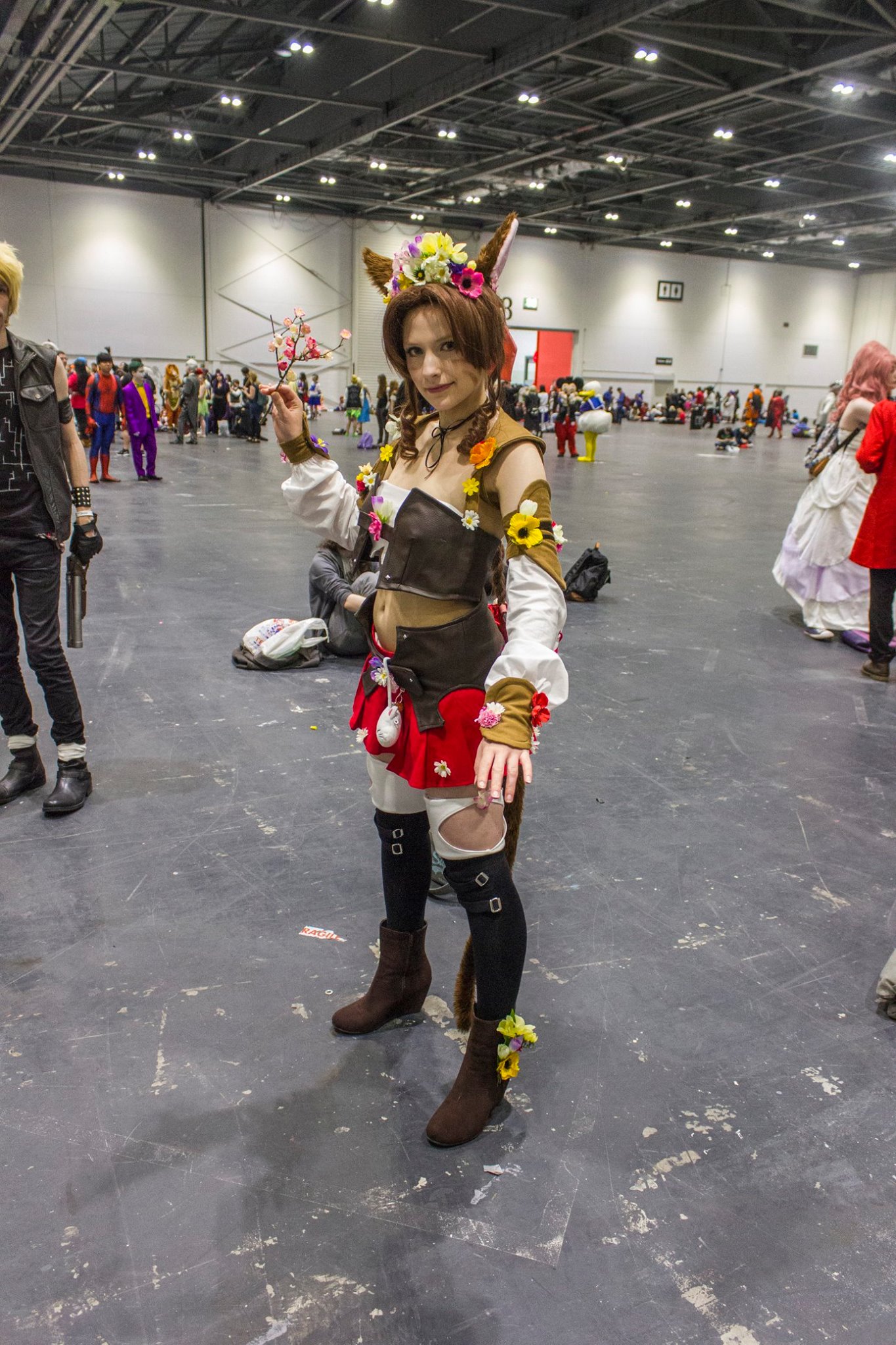 As an avid Final Fantasy XIV player, I was in awe of this wonderful twist on the generic Miqoâ€™te! Theyâ€™re my favourite race from the game (sorry Lalafelâ€™s...), so I knew I had to feature this one.

Becky, also known as Aerith Harajuku, has cosplayed the Final Fantasy VII heroine since 2011 but decided on the original idea of combining it with something else after playing Final Fantasy XIV. Who could resist the adorable aura of the Miqoâ€™te? Itâ€™s safe to say that if Aerith decided to take a trip to Eorzea, this is how she would look!

The costume was handmade and took 3 months to create. I love the detailing on the costume and the flowers make a wonderful addition â€“ very Aerith, indeed! Needless to say, itâ€™s apparent how much hard work was put into the costume and it looks absolutely wonderful! I love seeing different twists on Final Fantasy characters, and this one definitely stood out! 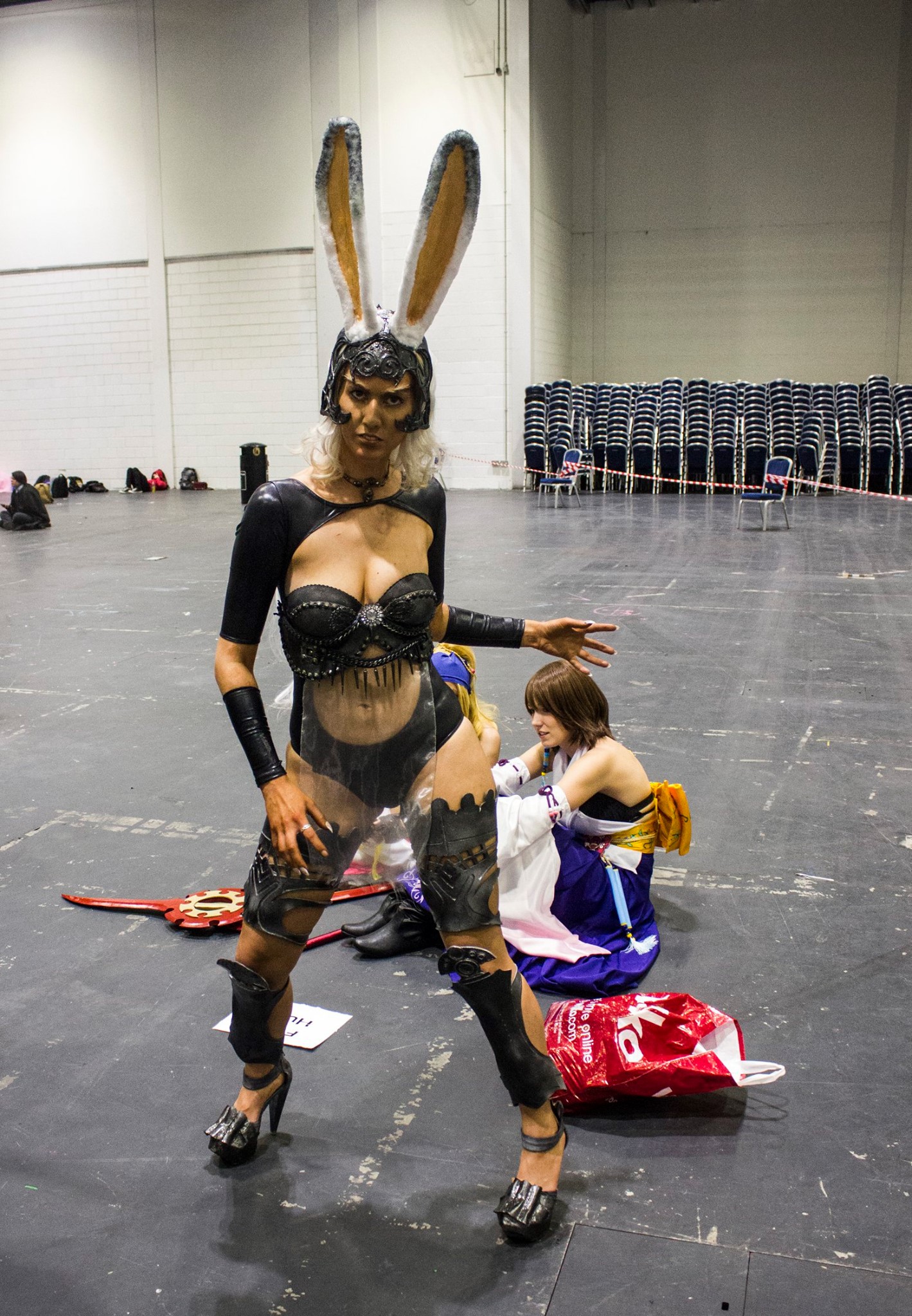 Last, but definitely not least, is the beautiful viera Fran from Final Fantasy XII cosplayed by Lady Bee!

The sheer amount of detail in the costume is incredible, the hard-work definitely paying off and looking fantastic! Final Fantasy XII is an underrated, but brilliant game in the series and itâ€™s wonderful to see so many passionate fans cosplaying as the characters.

Seeing Lady Bee at first, it was almost as if Fran herself had decided to take a break from her duties to explore the venue, looking for her partner in crime.