My name is Katherine and I am here to show you the wonderful cosplayers of the Final Fantasy community. Cosplay Spotlight last featured 2 years ago, itâ€™s time to bring this exciting and well-loved feature back to Final Fantasy Union and I am thrilled to be doing so!

Plan of action? To feature as many Final Fantasy cosplayers as possible, of course! Donâ€™t worry, the feature wonâ€™t be flooded with just the one character â€“ cosplayers from all games, including upcoming, will have a chance to be featured here! As much as Iâ€™d love to turn this into a Lightning Appreciation Spotlight, rest assured there will be variety each week from all of the series.

As a cosplayer myself, I am more than excited to be leading this feature. I started cosplaying several years ago now, my first cosplay being Xion from Kingdom Hearts â€“ but you may have seen me wandering around various conventions as Prompto Argentum from the upcoming Final Fantasy XV!

Each week, I will feature an artist or group and their work, with a short interview on what inspired their cosplay. The Final Fantasy community is full of amazingly talented cosplayers, itâ€™s time to start showing more love to all of you!

If you would like to be featured, please do get in touch. I hope youâ€™re as excited as I am for whatâ€™s to come in the future! 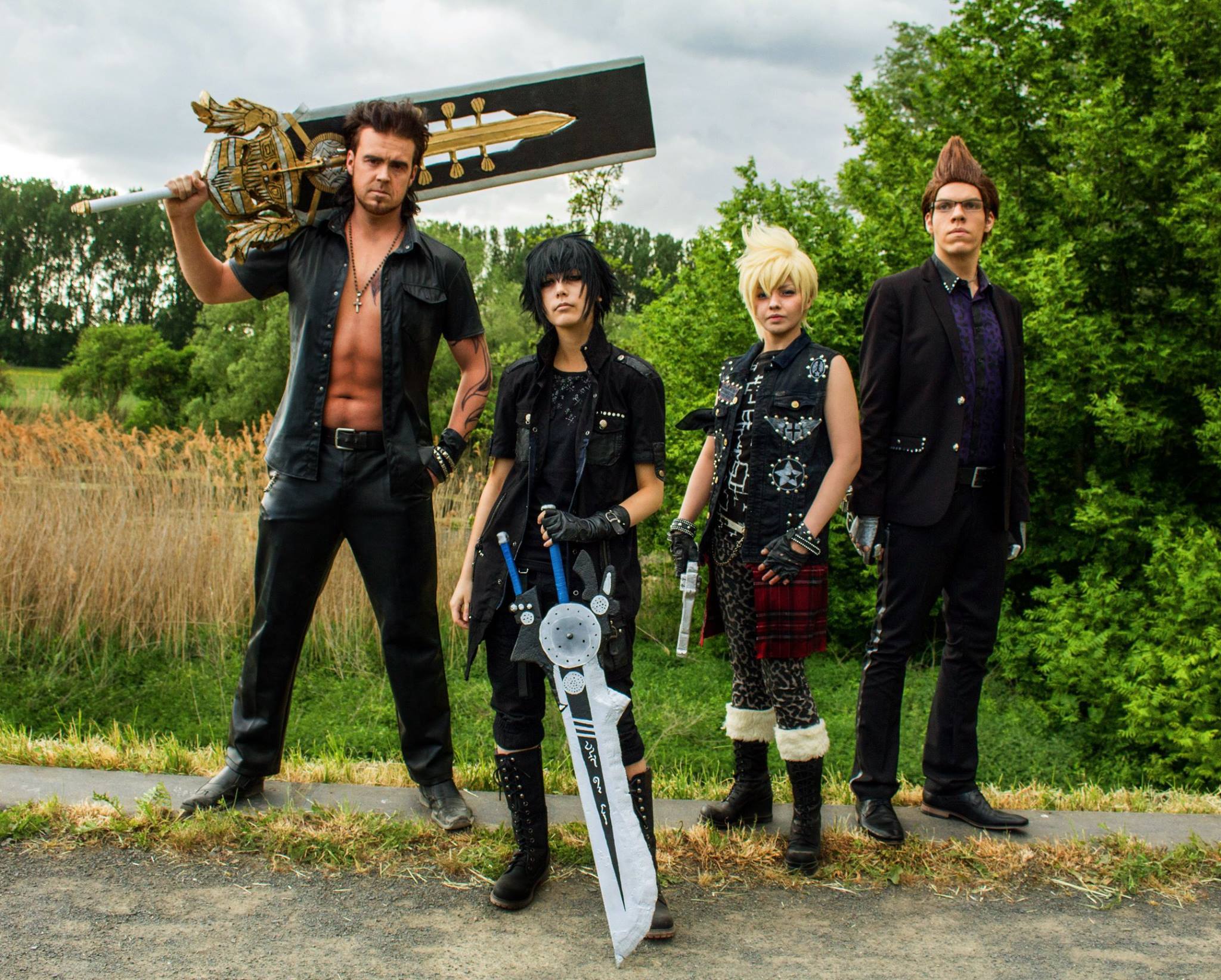 Talking to the group, their love for Final Fantasy XV was apparent. The focus of friendship in the game is something weâ€™re all excited for, and letâ€™s not forget the beautiful (flying) car! There is really so much to look forward to in Final Fantasy XV, the beautiful world is something weâ€™re all eager to explore. Although the game still has a few more months until release, we find ourselves being attached to the main characters already, even though thereâ€™s still a lot more we donâ€™t know. I asked each member what made them want to cosplay the characters from the game. 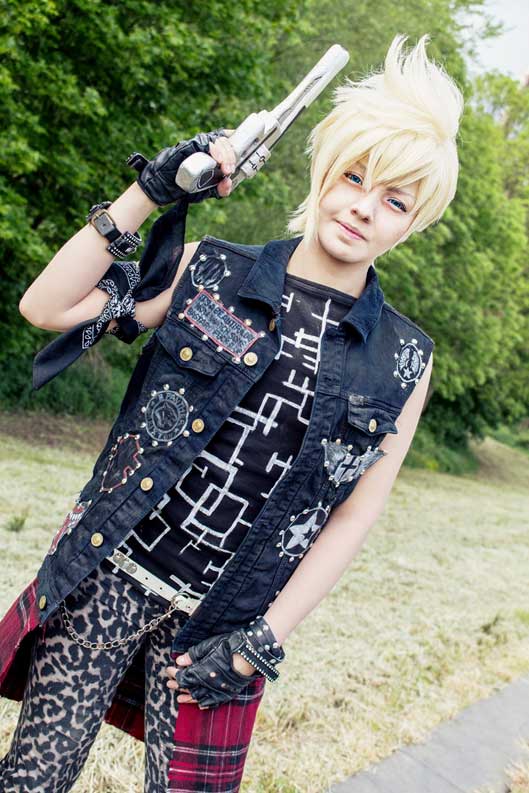 Prompto Cosplayer: "I like characters with blonde and crazy hairstyles, his clothing is very interesting too! It was his personality that caught me by first sight, though. Heâ€™s very clumsy, weaker and more easily frightened than the others but this makes him the most human to me; I love how caring he is for the well-being of his friends and keeps his spirits up, trying to cheer everyone up when theyâ€™re down." 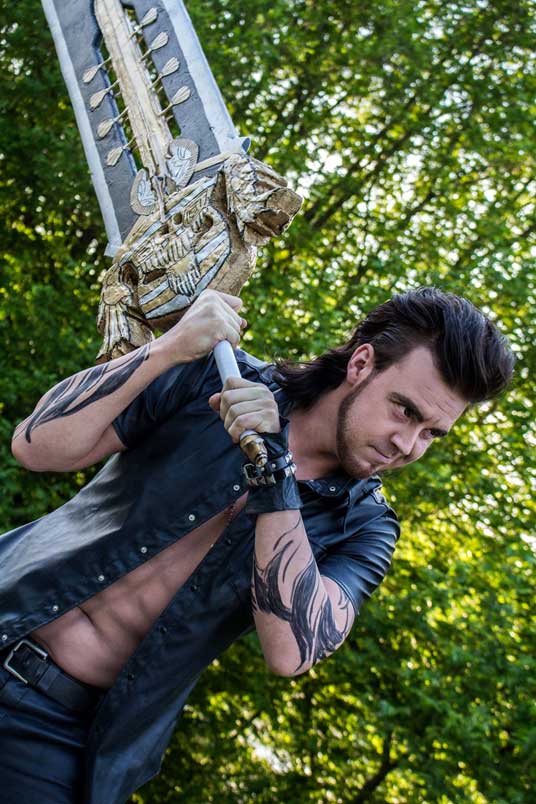 Gladiolus Cosplayer: "He seems to act rude and strong, but he actually has a big heart for his friends and always try to make them happy and I kind of identify myself with him. Gladiolus has many characteristic aspects." 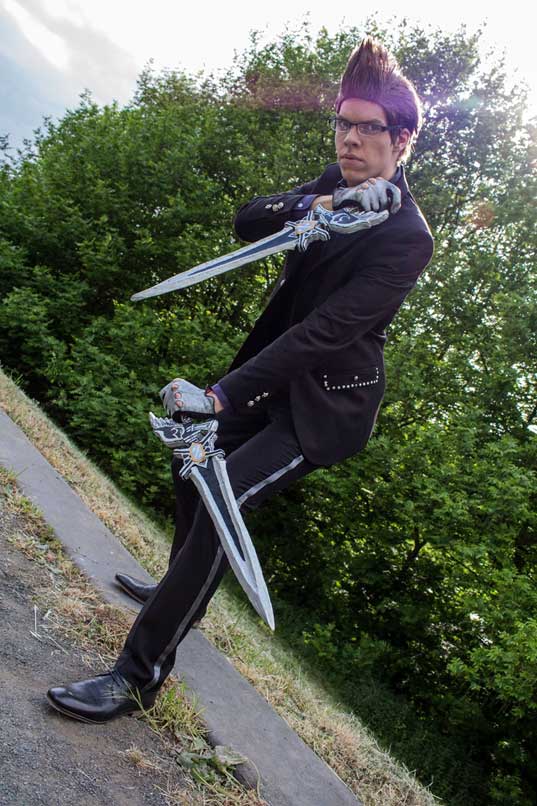 Ignis Cosplayer: "Heâ€™s the kind of character that my friends always give to me, because Iâ€™m always in our group as the arrogant guy in the suit and glasses! I really like his intelligence and how elegant he acts, as well as the fact he dresses very smartly and looks awesome. He has this cold aura of I just care about the mission" but underneath, his friends are more important to him and that is whatâ€™s very similar to me." 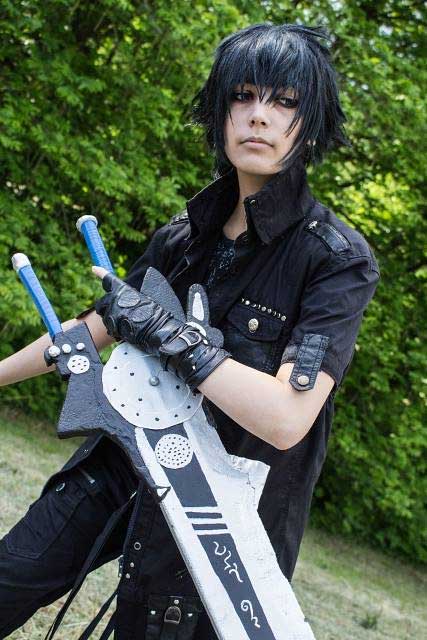 If you'd like to be featured on the next Cosplay Spotlight, be sure to hit me up on Twitter!