The first thing you need to know about me, is that 'm not an MMO kind of guy. The thought of playing World of Warcraft or something similar doesn't appeal to me whatsoever. That probably explains why I completely overlooked Final Fantasy XI when it came out all those years ago even though it was a main title in the series.The fact that it was an MMO, I didn't give it a moment's thought; but that all changed when I met Final Fantasy XIV: A Realm Reborn.

When I ordered my copy of the Final Fantasy X/X-2 HD Remaster on PS3, the Square Enix store had a Final Fantasy XIV: A Realm Reborn promotion running which prompted me to order myself a copy. 'd previously tried it when it was in Beta and I unfortunately didn't really get to grips with it, but even still, I thought 'd give it another go, and 'm certainly glad I did.

See, I'm a big Final Fantasy fan, but the thought of playing online, just doesn't feel like Final Fantasy to me. In fact it feels entirely foreign to the series; which is why I excluded Final Fantasy XI when it was released.

With all that in mind, the aim of my article is to give you my ten reasons why I think this game is worth looking at despite your feelings of reservation. There are numerous introductions and guides to the mechanics of this game, so I want to concentrate on what would make this game attractive (in my opinion) to current fans of the series. 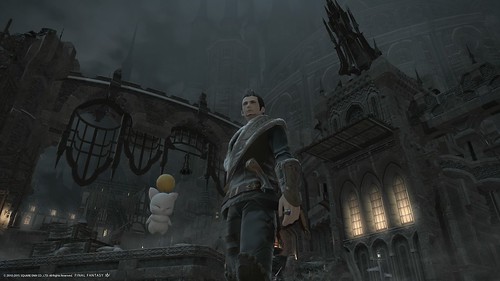 It's very easy to login to this game and be overwhelmed. 've started this game a few times, and dropped it within an hour, because as someone who didn't play MMO's, it was an entirely new gaming experience, and that can be daunting. So here is the golden rule. Don't give up. Once you understand the controls, you may come to love it.

If you have previous experience in the MMO world, I expect it will feel a bit familiar, however Final Fantasy XIV: A Realm Reborn definitely has its own strengths. 'm always hearing of players coming over from WOW and being blown away by the game. Between the help windows, introductions and the mass amount of guides online, you really can't go wrong.
Try to embrace its originality from the series even as an MMO alone. 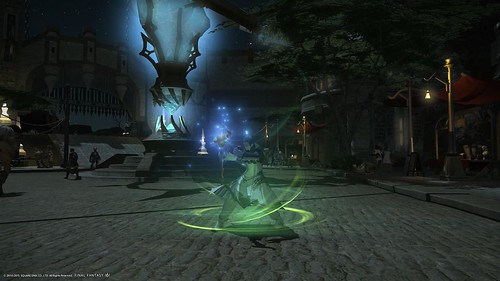 Even though the mechanics of this game are not like the offline games in the series, this game still feels like Final Fantasy. This is by far my favourite thing about the game. As soon as you start opening movie and you see a Chocobo in the battlefield quickly followed by an alcoholic Moogle, you're at home in this game. There are small snippets of almost every game in the series; from references to all the older games, the newly erected Gold Saucer from VII, Tripple Triad in VIII, the Moogle mail system from IX, along with the era and feel of XII, this game is full of things that remind of you of what makes the Final Fantasy series so great.

Not a day goes by when I don't spot some creature waiting to rip me apart that isn't from another game in the series. Whether you want to refer to them as Summons, GFs or Primals, Ifrit is ready to burn your socks off while Shiva is ready to Ice you off afterwards. The game also gives a home to the commonly used character names in the game such as Cid, Biggs and Wedge. These small details to me, make this a game I can relate too. 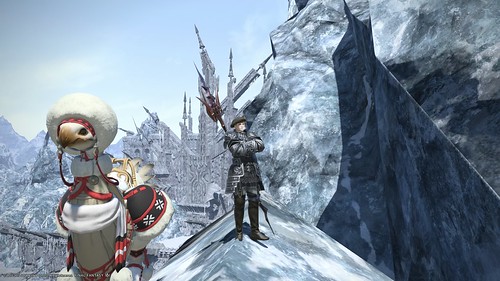 Not only is this game fun to play, it is also absolutely gorgeous to look at. It's very easy to overlook just how good this game looks because it's what you've come to expect in the series. 'll admit the game lacks a little on FMV, but its continuity is well above average with every area looking just as good as the one before. It's also massive and I mean MASSIVE. 'm just approaching the end of the storyline in the first expansion, Heavensward, and the new areas in this game are truly incredible. 'd convinced myself that I was almost done with the expansion until I unlocked a gigantic new area. The game even has a sightseeing log just so you can appreciate the views. Even the weather system in this game is appealing to the eye. Whether you want to see the stars in Thanalan or watch the thunder storm roll in over the Black Shroud you'll be impressed, but watch out, certain weather conditions can bring on some serious battles! 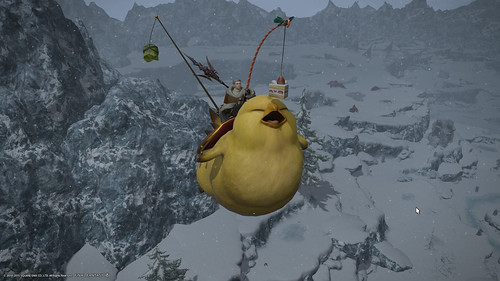 For me, one of the biggest parts of the FF series is the music and this game does not disappoint. This game features some of the usual classics with a newly revamped feel such as the Chocobo theme and the old victory themes, but it also has a wealth of new music from some of Square Enix's most established composers.. I guarantee you won't be disappointed. Currently the available soundtrack only contains the original 2.0 material but a new soundtrack will be on general release soon which has some great tracks too, including some primal tracks. Even the sound effects are familiar. No, 'm not joking. The sounds you use for your notifications have been lifted right out of previous games, such as the sound of you drawing magic in Final Fantasy VIII to the sound removing Materia makes in Final Fantasy 7. 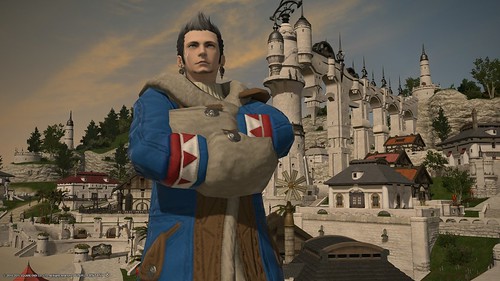 Let's face it, those of us who have played Final Fantasy IX, wished we could turn Vivi into a Ninja̢